Love as saying to the poor that “you are not alone”

The right to christian funeral is not a due  for many reasons ranging from the situation of communion of the deceased with the Church, that of the family  and sometimes, unfortunately, for economic reasons because it is necessary to pay some fees for the mass. Well, for Brice, a poor young sick man who died at Batcham Fiela in December 2019, things were easier. The priest announced one day at Mass: “Brice has died, some faithful announced it to me saying that he was the only Christian in his family and that we must show him that he had family. We, as Christians of the Parish, are invited to his house tomorrow for a funeral mass before his burial. The next morning, all the sisters of the Batcham community, along with many parish worshipers, went to Brice’s house to accompany him to his last home and to comfort his family with a mass. At the end of the mass, the father of the deceased approached the priest to thank him with these words: “Thank you very much Father for this gesture, ten years ago, when his Christian mother died, no member of the Christian group introduced himself and I, very disappointed, gave up the little interest I had for the Catholic Church: I stopped coming to mass. Now with my son, I felt that he really belonged to a family and from now on I will go back to Church. “Our hearts were filled with deep joy when hearing this testimony after having made, towards Brice, a gesture which wanted to say to him:” Brice, you are not alone, we are your family “. 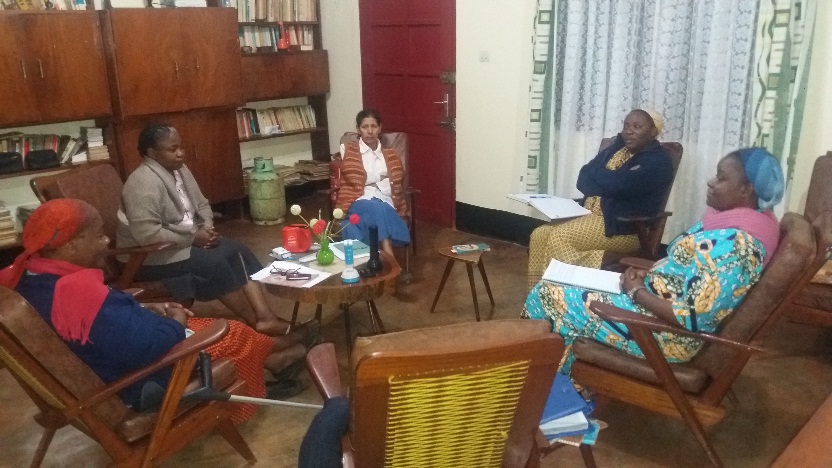