DOMINICAN MISSIONARY SISTERS OF THE ROSARY – NICARAGUA Living from Hope

From Nicaragua we want to share some of the experiences that we have lived in the last months. Some of us will make it by writing and others by a video that will get to you.

We are just like everybody else -as presence of the Congregation in this country- living in hope.

As we all know, Nicaragua lives since 2018 under dictatorship, which is subdued to control, spying, threat, death, terror and insecurity. In a silent way and covered among vandalistic groups, the country is having a death situation for peasants carried out by the army. From that date we have a significant number of political prisoners and people living in exile, especially in our neighbor country, Costa Rica.

Covid-19 has been one more element in favor to personal and political interest of the government’s political party. At the beginning of the virus, the regime protected itself and protected especially the house of government. During all this time, it has been plotted a strategic plan to slaughter the people. From the beginning the pandemic was hidden, minimizing the virus’ effects. Activities that put people at risk were promoted. People were motivated to take a walk at parks, participate in political demonstrations, having parties and playing baseball in stadiums. Schools were having classes normally and students, teachers, health workers and state workers were told not to wear masks to “not to alarm people”. Additionally, private clinics were forbidden to make comments about the virus and also to apply Covid-19 tests. Many health workers who informed the situation were fired. People who have died because of the virus were buried at night and their death certificates had as reason of death “Atypical pneumonia”, falsifying the real cause and forcing relatives not to make comments. Among infected and dead people there are doctors, lawyers, journalists and undoubtedly regular citizens, prevailing government’s political party supporters. State workers were forced to keep going to their works. Once the pandemic level was recognized, it has prevailed incomplete and fake data, minimizing the number of infected and dead people. This is why people ignore real numbers, though it is evident that hospitals are collapsing.

How do we live this reality as Dominican Missionary Sisters of the Rosary?

We have mixed feelings but at the same time we feel full of hope; we empathize with the suffering of others and we listen to people attentively, generating solidarity and sharing what we have, but without losing our immediate future’s vision. We study the reality and participate in virtual formation courses that have been organized by CLAR, CONFER and other organizations, by which we asked ourselves, how would be our life and mission during and after the pandemic?

We know and believe that God walks along with his people. We finish repeating the phrase from Psalm 91 (90):

“Surely He shall deliver you from the snare of the fowler and from the perilous pestilence” …and will send us to heal. 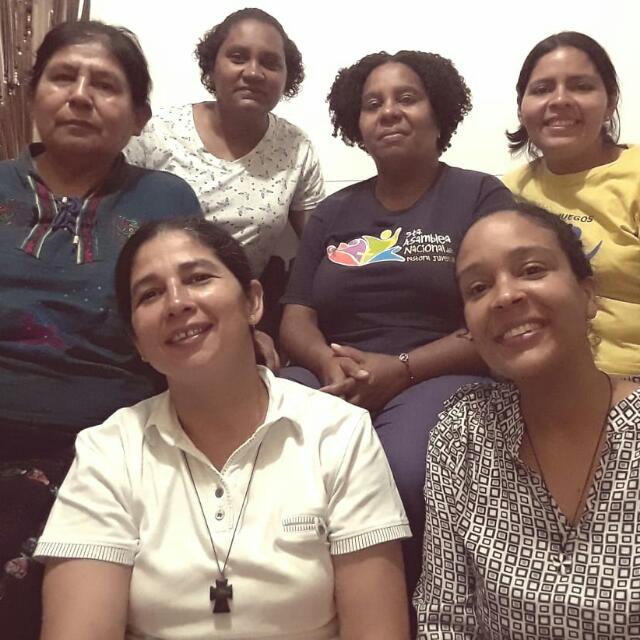