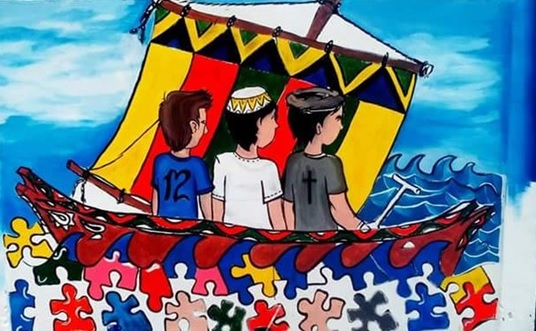 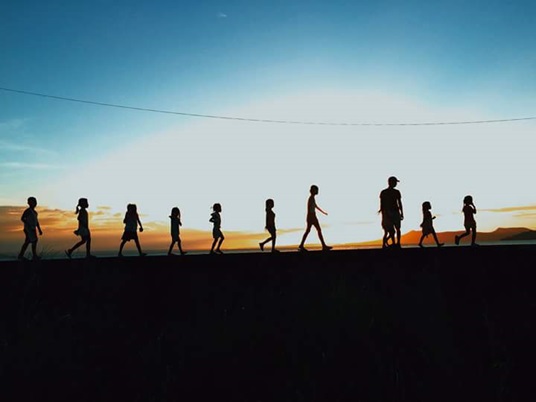 The chant prayed today invites us to reflect about Revelation 12,11 “They did not love their lives to the death…” This phrase invites us to turn back and to look back to our own story, our own identity, sensibility and the events that have meaning and the strength that emanates from faith, from a pure, sincere, brave and true love.

Today marks polish Maximiliano Kolbe’s celebration -a missionary in japan who volunteered himself to die in place of a stranger (a family father) in Auschwitz- reminds us the great expression of real love: offering our own life for love of God and our brothers.

From decades we have been reading, listening to and living different realities lived by God’s people who offered their own lives for their country and for the mission. They exposed themselves to life’s risks because of the faith they have in Christ, as done by the great Latin American prophet Monsignor Arnulfo Romero from El Salvador.

We cannot forget the strong events and situations they faced with a lot of sacrifice and lonely suffering for our founders: Bishop Urubamba and Madre de Dios Ramon Zubieta y Les and Beatus Ascension Nicol Goñi (Order of Preachers) during their mission years. They let everything on God’s hand, in his providence and grace for the mission received. This is how they lived as others dream when answering the call for “serving and loving God.”

Also, it is unforgettable how in 1964 our four Spanish martyrs gave their lives: Justa, Olimpia, Buen Consejo and Cándida, were murdered in the Democratic Republic of the Congo. In addition, numerous religious people and collaborators of our Church still keep on having a similar destiny in the five continents. They are witnesses and proof that the death is not then end, “Faith always illuminates darkness.”

It is correct when Saint Gregory of Nyssa describes God as the “illuminated darkness”, that never loses its zeal. It is as a lighthouse that indicates the urgency of a witness who marks a pattern for evangelizing of a group of people hit so heavily in these times.

I remember that during my youth certain people who are worth to be remembered in the same spirit, offered themselves to the cause of love for God, generously replied to the Owner of the harvest. These people were threatened by the form in which they give their lives to those in need. They didn’t do it for being famous or for money, but for the fact that they wanted to be free and great prophets for the Filipinos people.

A great master in our novitiate was the Italian priest: Salvatore Carzedda, PIME, a polite and cheerful missionary. The central point in his preaching and teaching was the challenge of “being one more among the brothers and sisters” as a point of reference when dialoguing from Jesus Gospel. In his teaching you understand that the uniqueness of every person deserves to be respected and be loved as they are. His studies of many years in Mecca had been a central point in his preaching few months before his Easter. We are very blessed -22 postulants and novices from the decade of 1990’s- who were able to listen to and enjoyed from his sharing before he was murdered in the street San Jose Gusu, in Zamboanga (Philippines).

In adittion, in the Siocon mission, sisters shared housework, illusion and risks with Italian missionaries, who mark their proximity, solidarity and compassion towards people and the community of the mission. They lived and spoke as they were one more of those from the north part of the Zamboanga’s peninsula.

A close and cheerful religious man in our parish in San Antonio María Claret was the missionary priest Roel Gallardo, C.M.F. A quiet person, deep when offer himself and respectful towards everybody who got close to him. He did not make great preaching, but he spoke about simplicity and forgiveness in many occasions while celebrating Eucharist in Baliwasan, our provincial home. It didn’t pass a lot of time before he had a new assignment in Basilan. Later on, he was the principal of a Claretian school. The situation on that island has always been of risks of kidnapping and violence among those living and work on that zone. However, he was kidnapped along with teachers and students. Finally, he was martyred for defending his colleagues, because he chose to be with those who worked in the school he managed. He was a great testimony of what a human being brother, defender and pastor of his congregation. He preferred to be a martyr than succumb to the desire of evil people.

The thing is, Will we be as committed to the mission as those who did it before? How have we taken the zeal of GS-2 that motivates us and substantiated our identity with Christ? How do we value daily our dedication and the challenge of being a “martyr” in our surroundings? Is it the same reason of evangelization, announcing and report abuses: abuse, domestic violence, corruption, human trafficking, drugs and irregular behavior in our Church? So many silent sufferings from most people!

How can we look and try altruistic gestures that agnostic people have, not devouts and people who feel indifferent to the Church? Aren’t these new calls and questions to set our programing of life in faith?

With all these and as LG 9 states: “…we are a people who’ll confess truly and will serve him saintly.” Universal Church is on a reflection and questioning road, searching for answers and always motivated for answering in the necessary context to the most urgent realities of our world. It could be a martyr form in every aspect existing in society, in humanity. When we can keep and work together for receiving not only our daily bread, but also the construction of a fraternity derived by grace. Our mission as Dominicans is not changing the world for our own effort or performing wonderful works. It is made to maintain active God’s presence in our hurt and devastated world, destroyed by indifference and man’s ambition.

We are all called as real children to dominate the world, not only by science, but also by the fact of recognizing our finitude that clamour for a full realization than only lives in Love.