CELEBRATION OF 100 YEARS SINCE THE DEATH OF MONS. ZUBIETA AND LÉS FOUNDER OF THE DOMINICAN MISSIONARIES

This article has been written for publication in the bulletin of the Dominican Laity in Portugal. We, Dominican Missionaries of the Rosary, are once again living a Jubilee Year. A little more than 2 years ago, we celebrated the Centenary of the Foundation of the Congregation and now we are beginning this year which brings us to the Centenary of the death of Monsignor Ramon Zubieta y Les. OP, our Founder, who died on November 19, 1921. It is a happy coincidence that
this Centenary occurs in the same year that we in the Dominican Family celebrate 800 years since the death of St. Dominic.

These are strong challenges to our fidelity, to our gratitude and to our joy for Our Elders whom we are fortunate to have at our roots. Msgr. Zubieta was a truly extraordinary person who gives equal pleasure and delight to know. His life and mission deserves a good book, a good film. I have no doubt.

He was born in Spain, Navarra, in 1864. Since he was a child, he had a special devotion to Mary, perhaps because of a Marian shrine near his homeland. Also, as a child he wanted to become a priest and a Dominican. One day, when he was still very young, he told his aunt that he wanted to be a Dominican and as she wanted to get that idea out of his head, he answered her: “I must be a Dominican because that is the way Our Lady wants it”.

His dream was to go to China as a missionary, attracted by the Dominican martyrs, because he too wanted to give his life for Christ. However, Philippines was his first missionary assignment. Here he was imprisoned for 18 months, together with many other missionaries, and they were victims of horrible sufferings that left their mark on Msg Zubieta´s health.

Sometime after his release, he was appointed Bishop of a very large area of the Peruvian Amazon rainforest, the Vicariate of Puerto Maldonado, which Pope Francisco visited two years ago and met with a representation of the indigenous peoples.

It was an unknown territory, crossed by rivers that were almost impossible to cross and which he sailed through despite the enormous dangers he faced in order to reach the different tribes and there bring the Good News of Jesus. In one of the occasions all those who accompanied him died and only he was saved.

His merits as an explorer and for all that he did to bring all kinds of help to these human groups earned him a medal from the Government of Peru. Looking at the reality and the conditions in which these tribes lived, especially seeing the conditions in which the women lived, he immediately realized that the presence of women religious in that environment was absolutely essential. In spite of all the criticism, because many thought the idea was crazy, he
decided, with the authorization of the Holy See, to go to Spain, to the Dominican Convents to look for nuns who would voluntarily go on these missions. Then, in the Convent of Huesca he found 4 volunteers, among them, Blessed Ascension Nicol, our Co-Foundress.

He was extraordinary in defending the rights of the indigenous people, because already at that height, just as now – let’s remember what is happening with the endless fires in these Amazon areas, promoted by unscrupulous people who only want to make a profit – they were extremely exploited. In order to defend them, he suffered immense persecution, made enormous sacrifices, and even took refuge in the forest so that he would not be killed.

He was a man, in the true sense of the word: very human, open, friendly, a fighter, committed, intelligent and with an enormous capacity for organization. He was a lover of the Eucharist, he had very beautiful things in this regard, a lover of the Rosary, a Missionary, a Saint, a 20th century image of St. Paul.

Let me say that I have/we have enormous pride in him and for him, for his life, for his history and it comes out spontaneously: Thank you Lord! This joy is what leads me to make his life known.

His process of canonization is already in Rome. If anyone would like to know him better, entrust yourself to him and communicate to us some favors granted by him, it is with great joy and gratitude that we will receive them. 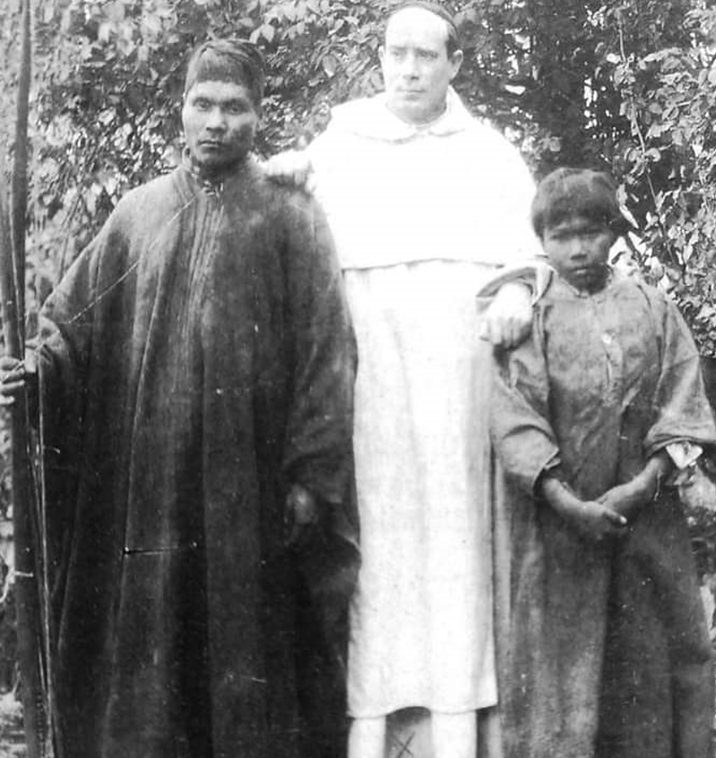