EVER VIBRANT, JOY IN ADVERSE CIRCUMSTANCE 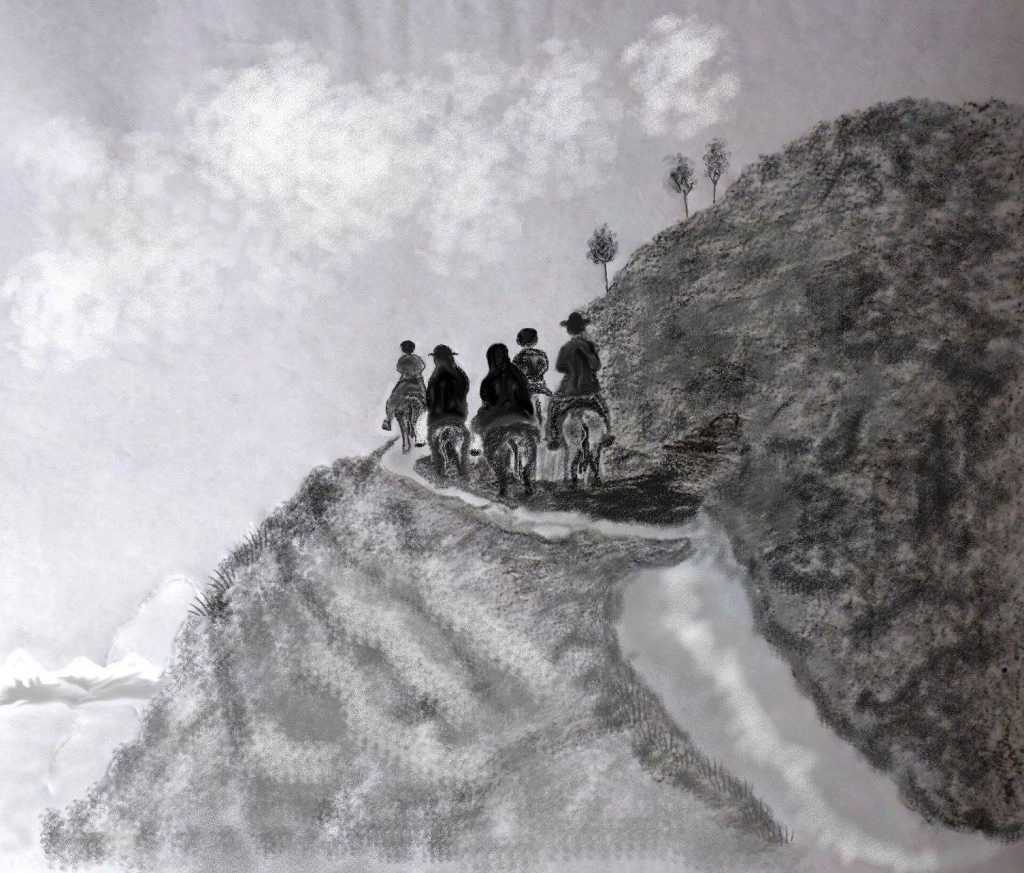 It has been more than thirty years back when as an aspirant, I started listening about Mons Ramon Zubieta y Les, one of the founders of MDR Congregation.

Yet, those stories told, of pictures and history presented along the years of formation (amid the passion of many story tellers and formators) remained “foreign” to me for it has not taken me into the roots of his very person, his true passion, his “martyrdom” and his confidence in God´s providence. Later, after three decades, am blessed to be able to read and understand his very story, the man who was an obedient son of the Church, his love for the least in mission by the vocation donned by the Spirit of Jesus. More than just gratitude, I find joy and a sense of impetus to the purpose and his missionary dream. I declined the offer of the sisters to visit Castillo de Javier and chose Arguedas instead, Mons. Zubieta´s birthplace. I was honored to be accompanied by two of our sisters, tested and well-loved missionaries: the late Teresa Sanchez (his grandniece) and Ester Gonzalez. Thus, July 23, 2016 is a living memory till forever, “baptized by fire” which filled my heart with passion in His purpose, his love and ardor in searching for God in the “distant” and forgotten people as those of the “Cuevas de Arguedas” and the “Bardenas” overlooking sight from the chapel of Virgen del Yugo which he usually visited. It made me think of his dream and must have been a calling to redeem and alleviate suffering of many, of the traces of suffering in workers, breaking and toiling over rocks spending days in cold and heat at Bardenas, Navarra land.

It is undeniable, in not feeling any pain when your people are oppressed nor be numb in the face of suffering as we feel it in our own flesh. This is an invitation to journey and be one with them, not just to “spiritualize” situations in the face of evil. Suffering is not our Lord Jesus´ dream for us neither it is, of the Father.

Thus, as a devout son of Mary and docile to the Holy Spirit´s promptings, the young Ramoncito devoted his life to seek collaboration in mission to alleviate and to counter its effects with education and solidarity with the least. Inspired by Rom 5,5: “And hope does not put us to shame, because God’s love has been poured out into our hearts through the Holy Spirit, who has been given to us”. His first mission is undoubtedly a baptism of fire. Having been taken captive in Luzon, Philippines, a prisoner with nothing to count a treasure but his faith and his Breviary. It speaks a lot of the man who converted himself into strength for his fellow prisoners, impersonating a doctor by his own determination to lessen the pain of his friends during the war and Katipunan captivity of foreign missionaries. That, amid suffering, he radiated God´s joy and light for those in darkest experience of mission towards the last part of the 20th century.

He was a man of his time, a selfless seeker for justice and love during traverses along rivers, bushes, deserted lands, and dark days of life as a missionary. He conquered unfriendly places and unknown terrain and built roads to enable communion among inhabitants, to be conscious of others existence in the same ground and struggle. An ardent seeker of relief to humanity´s right to live a decent life as children of God and member of the same faith we share with the Pope. An obedient Dominican who gave his all despite of not being assigned in his desired Tonkin mission, yet, glowed and offered all his human spirit for many to rejoice and praise the God he loves with all his life.

He, like St Paul, also of his fellow Navarra descent (Francis Xavier and Ignacio de Loyola) and many others sought to bring us together in Christ. No doubt that even William Shakespeare once said, “Navarre shall be the wonder of the world”. Each made of himself a valiant defender of great Cause as Monseñor Ramon Zubieta y Les did in his time, to have been one of the two Founders of the MDR Congregation has been (1914-2021). He remains as our model, intercessor, and source of inspiration in this mission of the Church we all love.

May the Lord be glorified forever by Mons. Zubieta´s life in us, till today.

Celebrate god´s bounty, his graces lived in trivial and joyous moments by his faithful children in the church, as in our days.