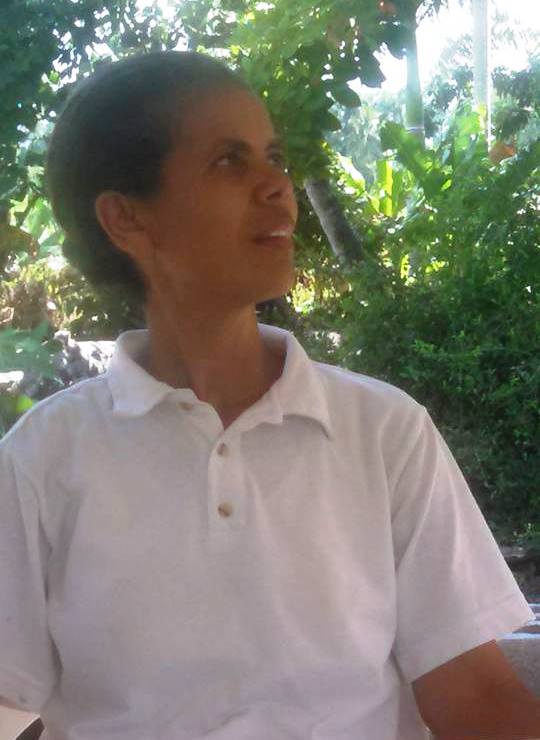 To lose and to win are not two antagonistic poles, both -from the idea I want to express- are complementary and illuminate each other mutually. As Dolores Aleixandre expresses so well “to win losing, to lose wining.”

It can be said that life has its contradictions, for that reason for wining we must know how to lose. What I mean about losing in this piece of writing is the one that it has to do with renunciation, with sacrifice for achieving an objective, a dream, a vocation, which in Beatus Ascension Nicol was nothing but delivering her life to our Lord through servicing poorer and more excluded people. Our founder listened to God within herself and answer generously the call, just like Abraham, Moses, Mary and other Biblical characters sis “Yahweh said to Abram, ‘Leave your country, your kindred and your father’s house for a country which I shall show you” (Genesis 12, 1-2). Ascension Nicol made this text true when she left behind her family, her land, the convent -she was a religious of semi enclosed convent in Huesca, Spain- her friends, her habits…and not with much enthusiasm, as she expresses herself: “I did not feel great enthusiasm. Only an irresistible strength took me for offering me because I was afraid of disappointing God’s plan for me,” but I was with a strong conviction and decision, I offered myself to begin a new life, a new vocation.

In the same way, Nicol Goni concretized in herself what happened to Virgin Mary when the Lord’s angel announced her that she was going to be the Savior’s mother: “But she was greatly troubled at what was said and pondered what sort of greeting this might be… How can this be, since I have no relations with a man?… Behold, I am the handmaid of the Lord. May it be done to me according to your word.” (Luke 1, 26 – 38)

Mother Ascension is conscious that this offering was going to complicate her own life, but she has heard about the need that native people have for knowing God and his love project: “There, in the missions, she has been informed that poor people are born and die without knowing God’s project for them, she knows that is necessary a solidary presence” (“Una mujer que hace historia”, pages 11 and 12). This is why she takes the risk of going to the river with other sisters to penetrate in the Peruvian jungle, specifically in Maldonado, searching for fulfilling this new dream, this new vocation: the missionary vocation, which takes her to the most inhospitable places to announce The Good News with her testimony and word to those who are Jesus’ favorite: poor and excluded people.

Beatus Ascension Nicol assumed in her life what is expressed in the Congregation’s Constitution (1918): “This vocation is full of risks and it must be assumed by the nun until her death if necessary, for love of God and human beings.” She was very convinced and used to say: “here is necessary a courageous spirit, who loves sacrifice.”

Dolores Aleixandre expresses: “What strange wisdom and what change have been demanded to form along with the Gospel criteria our own idea of what is to save or lose life” (https://espiritualidad-cotidiana.blogspot.com/2017/06/el-juego-de-perder-ganar.html this text is in Spanish). With joy and admiration, we say that Beatus Ascension and the first women were pioneers, as consecrated women, to enter and to live in the Peruvian jungle, specifically in Maldonado. They came to love nature, living in harmony with wild animals, fast-flowing rivers, the moon, the stars, and everything that God, creator of the universe, offered them. In the jungle they felt closer to God, as she expressed sometimes. The sisters learned from indigenous people to love the land in such way that it became “Mother Earth!” A land where they cultivated with their own hands to feed themselves and to share the harvest with others. A land that reminded them their origin and their ending, where they came from and where they will return some day.

To lose makes us to be conscious that there is no easy road. Sisters who met and lived with Ascension Nicol expressed that she lived with strength her vocation, without intimidation from anything or anybody: “No difficulty, opposition or privation separated her from her vocation” (“Abriendo horizontes…continuemos el camino,” page 27). In life obstacles will always be present, which will challenge us or will want to separate us from our road, but it is here where we must recover our strength to continue, as Jesus says: “I have told you this so that you might have peace in me. In the world you will have trouble, but take courage, I have conquered the world.” (John 16, 33).

According to what we have read and reflected about the life of this great woman, we can say that God’s Kingdom was her passion, translated into a radical option in favor of the poorest people. For them, she was capable of let behind everything she had “her family, convent, position and personal prestige as teacher, because she had found the Kingdom as a great value stone” (Una mujer que hace historia, page 10).

Cespedes G. In the book “Madre Ascension Nicol, Reflexiones sobre su vida y misión” (2005) has stated that: “Ascension Nicol and Ramón Zubieta embracing God’s invitation that chose them, entered into the poor people’s world, produced an offspring that we can confirm still continues in the different places of the five continents where our Charisma has taken us” (Page 23).

Dominican Missionary of the Rosary