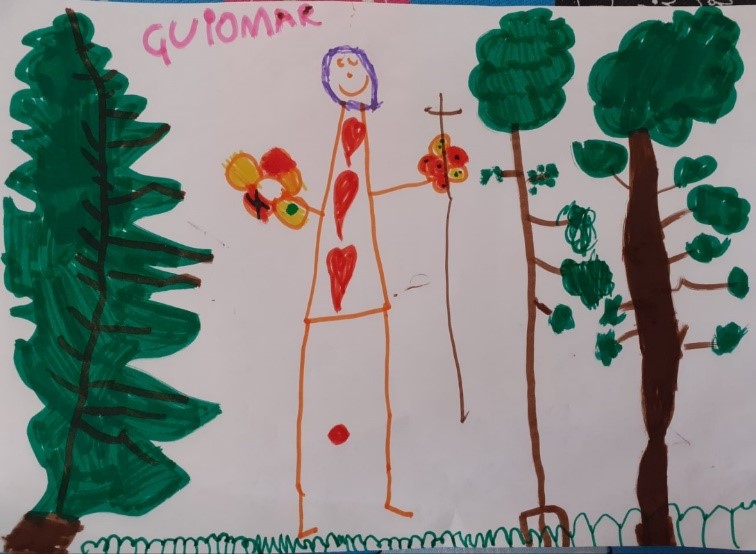 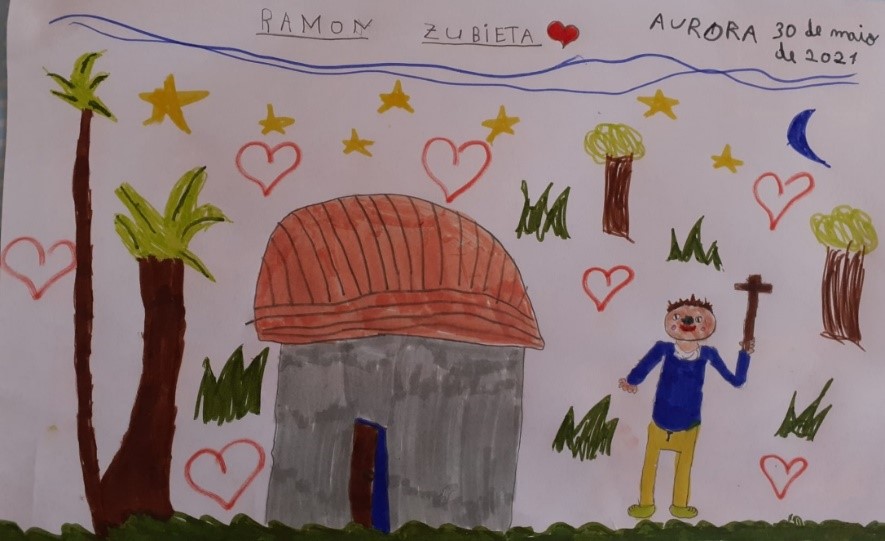 The “ASCENDING LAY PEOPLE ” – LEA – is a little bit informal group linked to the Congregation which was born in 1994 based on the love and experience that unite several people to the IMDR. This group meets three times a year (almost always in Fátima, a very special place for everyone) and, throughout the year, it feeds on its unity, friendship and family spirit through phone calls and exchange of messages via email or WhatsApp. In this way, the group feels united, even in different parts of Portugal. On May 29th, the LEA group held its 60th Meeting. This day was dedicated to Monsignor Zubieta. A thought of him has been shared weekly for some time now, so the LEAs have stuck to his Death Centenary celebrations. The testimonies that follow are the result of the sharing and echoes of some members of the Group, of which some children are also part.

“Mr. Ramon has the cross of Jesus and he has hearts inside him because he did good and helped people.”

“Today was a great day for me, full of sensations, impossible to describe. As I contemplated the work that was about to begin, my spirit plunged into smallness and my hope was exalted in the enjoyment of abundant fruit.” (First day of Mission).

“My spirit accompanies you.

Live in hope and always say: “Whoever gives you… He alone is enough.”

“Yesterday, I had the joy of placing the third tabernacle on the mountain, wishing to have the Blessed Sacrament there as soon as possible. We found a poor (but decent) sanctuary. I celebrated Mass and we installed Our Lord, the Comforter of the Afflicted. In this poor abode, the tabernacle was poor. The Church, an imitation of the nativity scene; but I am sure the Lord is more pleased to be here than in many tabernacles in populous cities. We were hungry to have him near us at all times. I consider myself the happiest person in the world these days.”

In recent months I have also felt as the happiest person in the world.

As a direct comparison with Monsignor Zubieta is impossible, the truth is that, reading this testimony of his, it was inevitable to feel that I was living something similar. After nearly 20 years of working in a privileged social and economic context, with excellent conditions and every comfort, I moved to a truly opposite reality. Right now, I work in a context with many needs (physical, economic, social, family…), but I am so happy! It is my mountain and my poor tabernacle; it is the realization of a dream. The truth is that we can be happy with so little!… Just roll up your sleeves, look ahead and let your heart guide your steps. The rest, God solves. He is the compass in the fog and, with that certainty; our path will be well traveled. No fear, no hesitation. As Monsignor Zubieta said: “I leave everything in the hands of God, who will guide us as it suits us best. Having the Lord in our company, He will arrange everything.”

ANOTHER PERSONAL TESTIMONY, FROM THE SAME THOUGHT

(Former volunteer of ours who spent a year in Mozambique)

Upon reading this thought, I recognized in Sister Lídia this intention of the Monsignor because I accompanied her in these works of construction of chapels, spread over the poorest and most distant places in Milanje. It awakened in the communities the desire to have a place of prayer and was able to involve them, with enthusiasm, in its construction. From this experience, I came to appreciate more the value of being able to go to the Eucharist. Since I came from Mozambique, I have gone to Mass at least once a week. I recognized the importance of having a place that could summon and welcome the Community and I realized that the Tabernacle was the CENTER. Blessed daughter of Monsignor Zubieta, who has his true spirit and continues his work, making people walk miles and miles, to collaborate in the construction of chapels and go to the Eucharist, to pray and, in community, believing that Jesus it is among them, to deal with the concerns and difficulties that arise in the Community and to rejoice in the joys that also arise. The Tabernacle was like a light, in a land where it is impossible to always have a light on, as it has no electricity and batteries are very difficult to acquire.

SOME PIECES OF MONSIGNOR ZUBIETA THAT I WANT TO HIGHLIGHT

Monsignor Zubieta was a man of great heart, a great Missionary to the people. A man with a tender heart, sensitive and generous. Very simple and human, with great belief in God. He had a great love for the Eucharist, and it was a great joy for him to place tabernacles in all the Mission houses. He spent many hours of his life at the Tabernacle and said: “Only in the Tabernacle do I find encouragement, consolation and understanding.” That is why he spent a lot of time with the Blessed Sacrament.

He always accepted with a smile the opinions and advice of others. He had great confidence in God. In everything he saw the hand of God, his providence and goodness.

He trusted Mother Ascension Nicol completely, to the point of telling her: “If you were absent, it seems that the work would be finished. Only in you do I believe I am capable of taking everything to the end.” He said: “The works that God sends us, offered to Him and suffered with patience, even with joy it is the best sacrifice we can offer Him.”

He was also a great devotee of Our Lady and hoped to be able to place an Image of the Lady in every chapel.

In full missionary life, death surprises him and, on November 19th, 1921, he leaves for Heaven being just 57 years old. 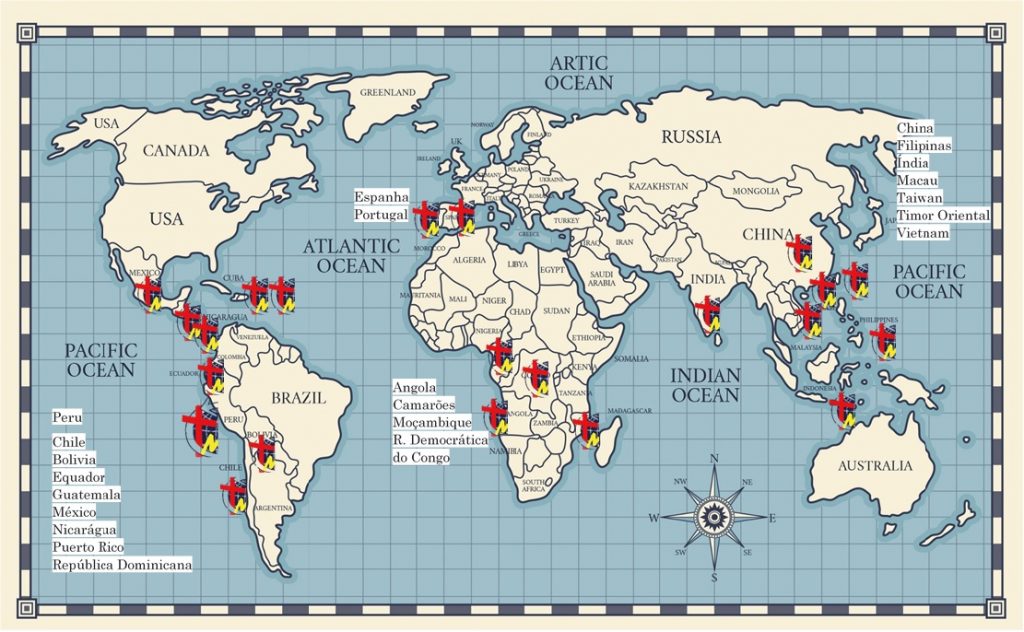