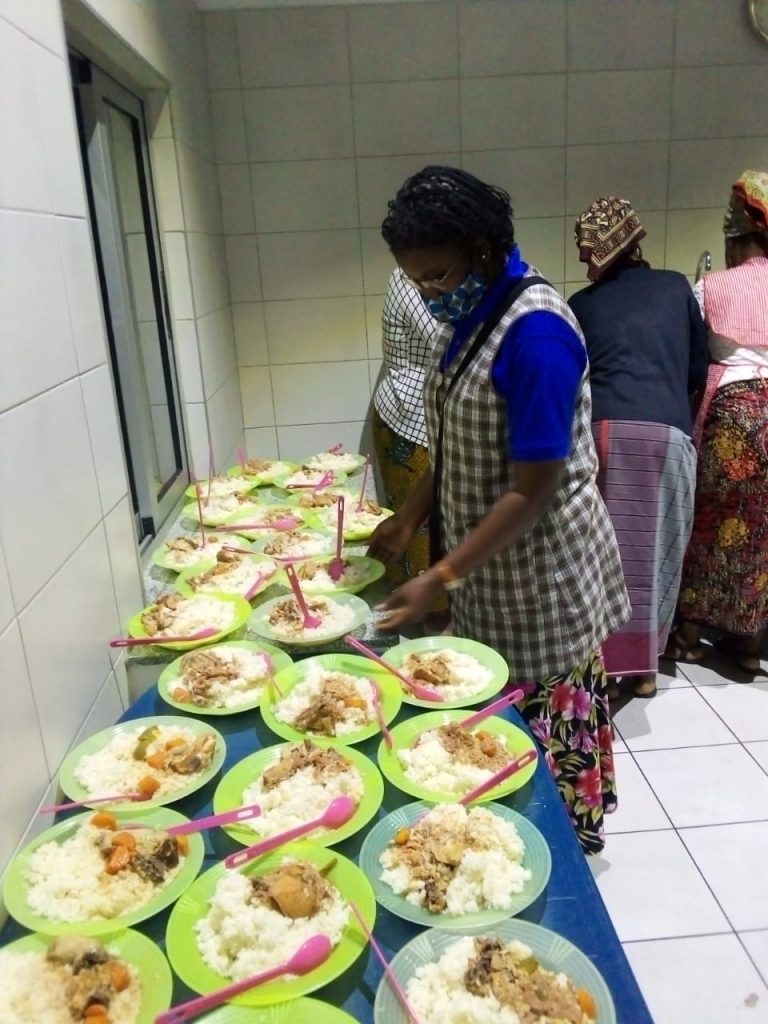 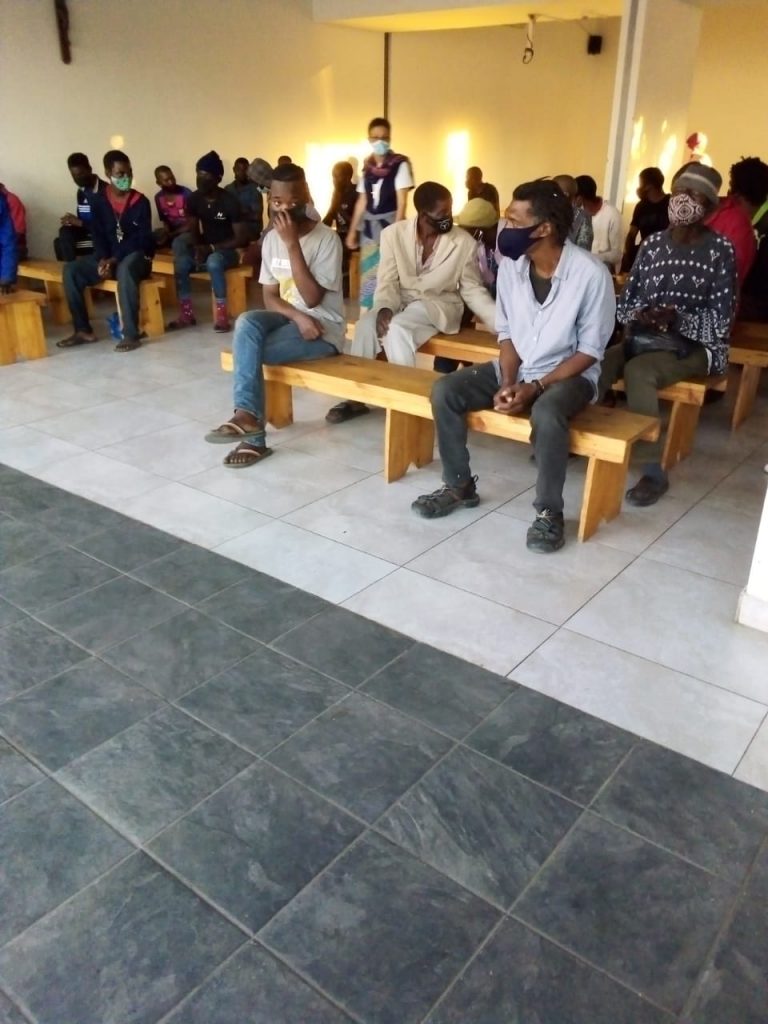 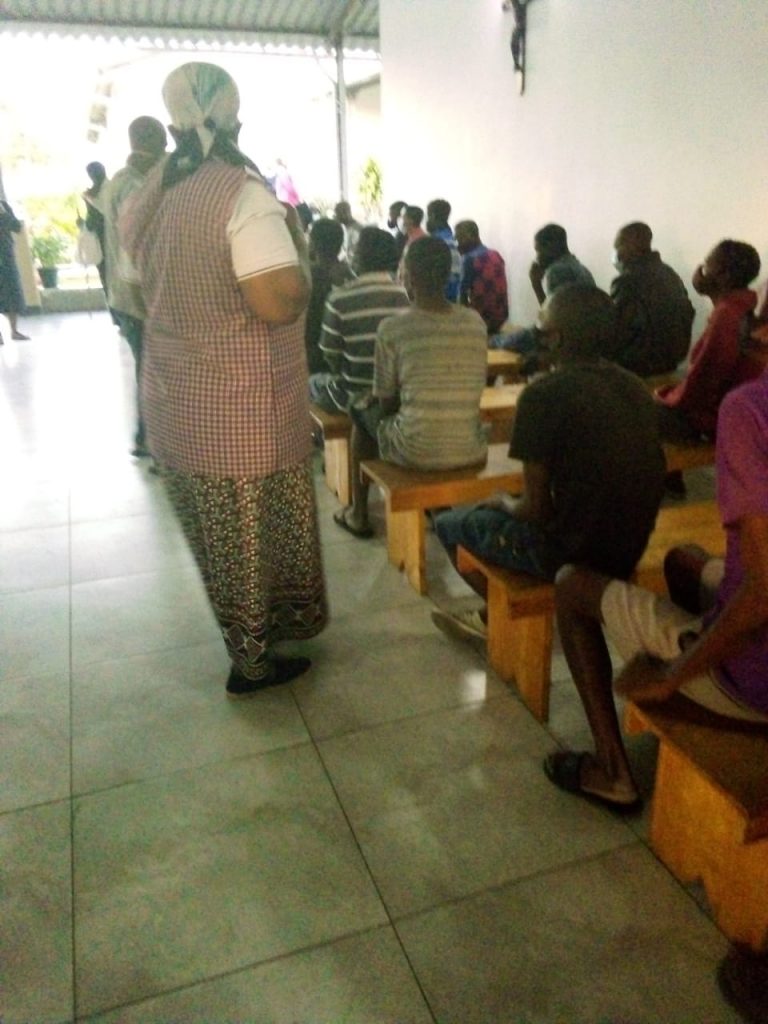 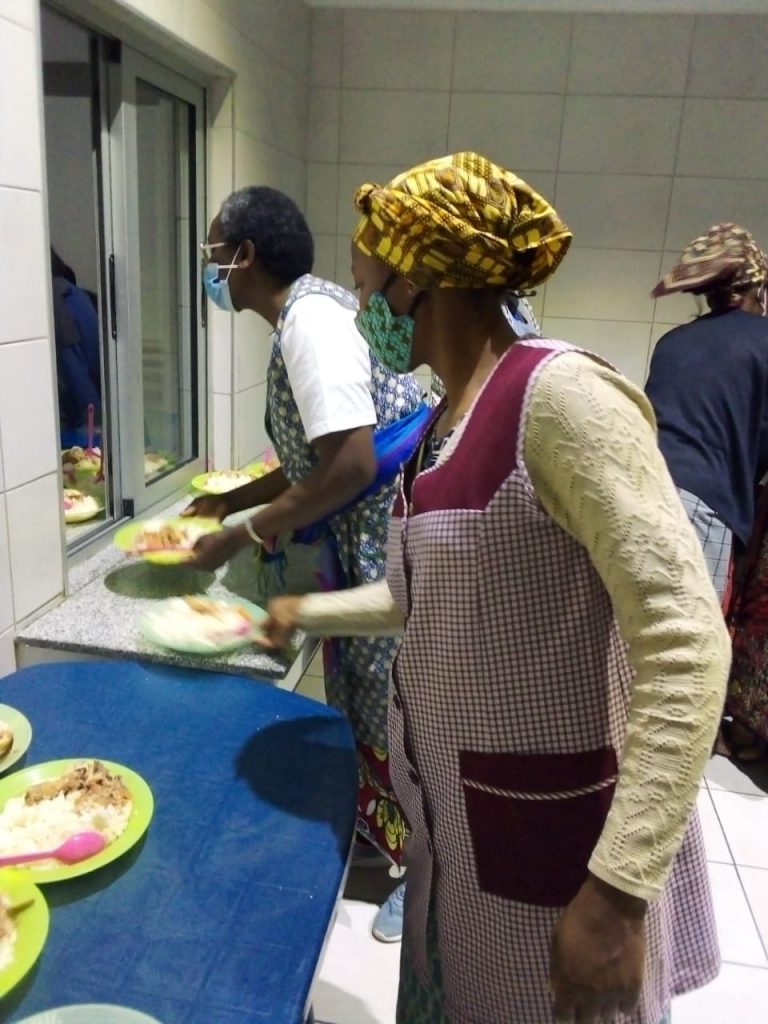 This project aims to welcome homeless people who live on the streets, offer a daily meal and guide them to rehabilitation alternatives.

The Apostolic Nunciature began this project, but it was co-responsible for different religious Congregations, parishes, and lay people in the Archdiocese.

Personal hygiene services are offered daily for all users who present themselves and require this service, in the project’s facilities.

They can also enjoy a daily meal distributed in rotation by each of the institutions that are part of the project. However, several activities are offered for those who wish to leave the situation they are experiencing:

In this House of the Project “Matthew 25”, I started my pastoral experience on March 15, 2021, and it was proposed to me that my collaboration could be in several tasks among them:

I would accompany the “bros” users who go to the bath and wash their clothes and with that I would give them soap and passwords that allowed them to come in in the afternoon for meals.

Above all, I would listen to their stories: how they arrived on the street, how long have they been there, for what reasons, how they started and what are their vices.

The internal “bros”, but already in Portuguese, we would practice reading and interpreting texts and verbs. But I also collaborated in everything, whenever I was asked.

During this time, I was able to learn to open up and welcome people a little more, who quite possibly if I went anywhere else would not exchange more words than a simple greeting.

In the “bros” coming from the street I discovered in them a desire, a search for the meaning of life, the concern they carry with getting rid of drugs, living in a safe place warm and with food and this helps me to value what I have.

Many of them for lack of understanding at home, constant arguments with their parents and siblings, the bad company they were involved with, the deviation of things from home by addictions, which are the main reason they decide to leave home.

There were also cases of bros who lived with their uncles, stepfathers, and grandparents and when they lost their lives, they were sent out of the house, because they were supposedly less legitimate.

These are stories that not infrequently shocked me, looking at a young man who could give a lot to our society, all given over to vices, asking his age many times did not correspond with his appearance.

Something that also touched me was to see that some of them were HIV/AIDS carriers, at least two of whom I talked to who are also teenagers make the effort to pick up cans and bottles to sell, if not, they pick up food by lying in the garbage container, to so they can medicate themselves.

This whole experience made me think of how fragile life is. I always had the idea that those who live on the street are either crazy or is “moluene” (a word that in the local language means “loiterer”) however I made sure that it is not good to think like that, some lacked luck and opportunities, and others made bad decisions and now need support.

At times I felt helpless while at others I felt happy not for having done something special, but rather for having said a little word without my waiting, I felt a great effect and made me want to be with them again.

And this helped me to be a little more sensitive and considerate, not being in a hurry to write the stories of each one, to greet them by name, to be interested in knowing how they were, what they were doing during the day if they slept in the same corner.

An episode that left a mark on me in which I felt bad for a moment, but served as an opportunity to review my attitudes, how I can be tempted to look or feel superior to others, when referring to the previous day’s food, I said: “Today we don’t have leftover food”.  And their correction was this: “I’m sorry you can’t say the rest, as if it were something worthless; but say we don’t have breakfast”. I immediately apologized and corrected myself.

It was a time that allowed me an interior growth and happiness, to think that these are the poor of God and wants for them hands available to serve them in simplicity and gratuitousness.

I feel that I learned a lot more than I could offer.