THE SISTERS OF THE COMMUNITY OF EL SEIBO SHARE WITH US 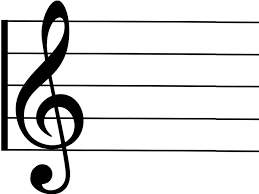 This is – as we well know – the signature and rubric of Ramón Zubieta O.P. If we take the photo and turn it 90º clockwise, and extract his rubric, we will obtain the closest thing to the harpsichord. It only lacks the five parallel lines properly placed to form a pentagram. And the melody, of course, to achieve the music score.

The lives of Ramón Zubieta and Ascensión Nicol are so united in the project of the Congregation of the Dominican Missionary Sisters of the Rosary that it can be said that they succeeded in writing and performing a song in two voices. They did this each one with one’s own personality, personal charisma, way of doing things, genius and ingenuity. But guided by the conviction and faith that this was what God wanted for the Peruvian Amazon and its people: the poorest, most forgotten, persecuted, enslaved and exploited people by the powerful of the time; the women without perspective, without opportunities, without voice and freedom.

And they set about the task – putting heart, soul and life into it – of building the dream of their lives. Until Ramón’s death, everything would be a “come and go” together to envision the congregation, increase the number of missionary vocations, form communities of sisters, write the Constitutions, create novitiates, seek financial support, organise trips to the jungle, to Spain, to Rome… But above all, they would establish an affective relationship of trust, support, loyalty and dedication to the cause of the missions. They will seek to coincide – despite the distance that regularly separates them – in the hours of prayer to present their best project to God in whom they place all their hope, to give each other encouragement, strength and courage. Thus, until death does part them. But even death will not be able to dominate the spirit that animated them: the music note is still open to this day. Notes of the most diverse colours and sizes are written on it, notes that sound with the tones of women, cultures, histories and lives of the people where the Congregation projects itself in its missionaries.