Our martyrs from Congo

“Our path is God’s path and if we have to die, we will, but we cannot abandon the mission”

The Dominican Missionaries have experimented in ourselves the martyrdom’s grace: to offer our own life in favor of poor people, which is God’s cause.

Our four martyr sisters: Maria Justa, Maria del Buen Consejo, Maria Candida y Maria Olimpia gave proof of the deepest love that linked them to their people. Their loyalty to God took form of concrete names and faces from whom they took care every day in their work as nurses, to whom they accompanied and educated in the faith. Day and night, they fought for others’ lives, totally committed in a way that they did not want to abandon their mission, even though they had the chance of doing it.

These four women embraced their missionary vocation embodying Congolese people, who lived a political and social complex reality. The Sanleyville mission was opened in March 1960 and three months later the country declared its independency from Belgium domain. It was a very confused time, which became breeding ground for ideological manipulation. The settlers’ departure paralyzed industries. Violence and chaos established within the region and the death of some local leaders and the confrontation between rebel factions and the army intensified the crisis.

Our sisters must face multiple needs and lack of resources for attending sick people. However, people’s solidarity provided them comfort “Providence watches over us. Just as we do something for poor people, so do we receive reward. A woman brings us bananas, another woman a chicken and so on…God watches over us.”

On August 4th a shooting started from the right side of the Congo river (the mission was on the left side of the river). It had been said that rebels had entered Stanleyville and the gunshots arrived at the mission. Despite the insecurity, the sisters continue their work according to the possibilities they had at that moment, since health personnel were scarce and hospital workers did not attend at work. The questions that resonated in their hearts were “How to abandon patients? How to abandon everything and reach shelter?”

On august 7th, Simbas arrived at Stanleyville and a massacre was unleashed. Soldiers, police officers and every person who does not belong to their party are killed. Missions are plagued constantly. From September 14th some missionary people were imprisoned and until November 24th all the missionary people were concentrated in the city. The sisters were staying at the Franciscan sisters and the missionary men at the police station. Later, everybody would be gathered in this place.

On November 24th countries involved in the conflict along with UN prepared and intervention. Prisoners were forced to move downstairs to the warehouse of the police station, where there were 3 priests, 5 brothers, 12 nuns, 1 pastor, 1 colonist and a family who was in another room. From the prison they heard planes and the combat. Intervention forces were removed by Simbas’ shootings so the possibility of rescuing prisoners became impossible. 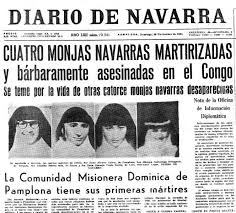 Our sisters suffered from every type of tortures and humiliation of their feminine dignity. However, they still had the strength to comfort and take care of the children of the family who was imprisoned since their mother was injured. On November 25th prisoners were forced to line up. Men on one side and women on the other one. Then they were executed. Our sister, Olimpia, before she was beheaded took her ring and Justa’s ring and gave them to a Congolese brother to deliver them to their families.

Our martyrs showed support for the African Calvary and their blood was not shed in vain. We feel responsible for their legacy and as a famous phrase of Monsignor Mee Muzihirwa states “the best way to cry for a friend is to continue cultivate his field.” We want to continue cultivating our love for African people in their fights and yearning for freedom and for a more just and dignified tomorrow. 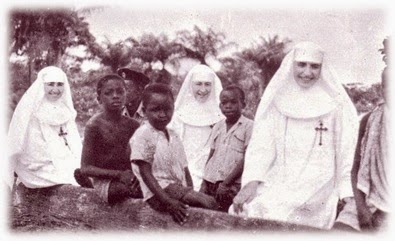 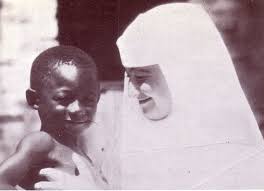 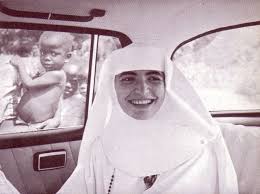 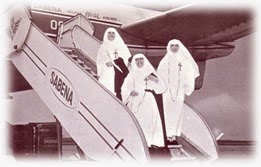