A CELEBRATION WHICH BRINGS JOY TO THE UNLOVED (India) 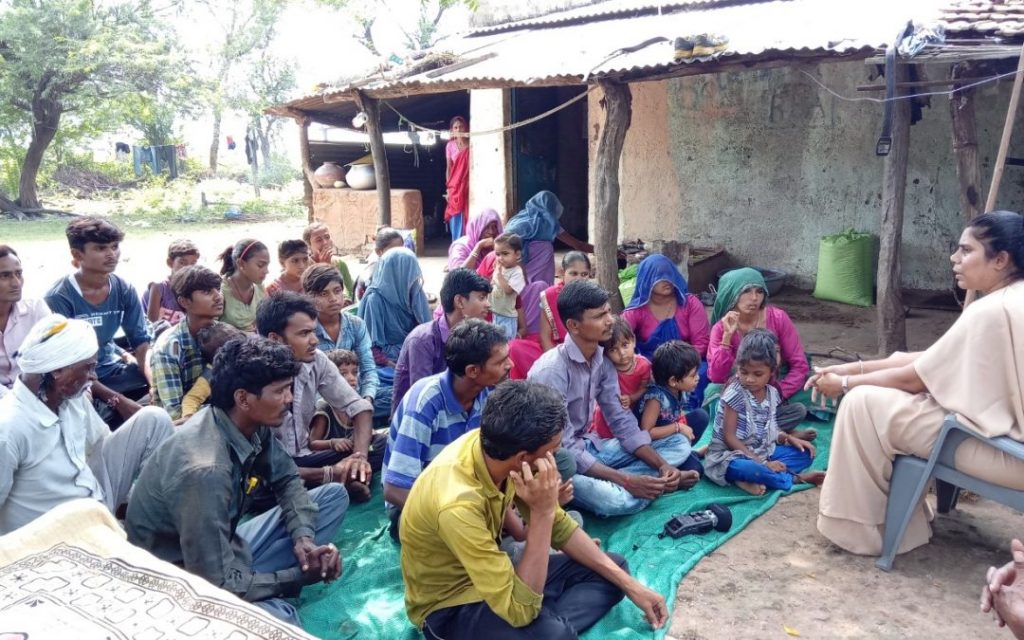 Matru Chhaya is a trust run by Dominican Sisters in Balasinor Taluka of Mahisagar District, in Gujarat State.  Our vision is to become a reality the rights of equality as well as the right of living with human dignity in the villages where we work.

Our mission is to work among the marginalized and disadvantaged section of the society for a free and just world. We do this by creating a platform for people to claim their rights.

With the above vision and mission we work in four Talukas of two districts in 40 villages. I would like to share with you the work we do among the widows of 20 villages. Just recently we had “Sixth Niradhar widows convention” at Matru Chhaya. Six years back we had done a survey in our villages and during the survey we came to know that many of the widows were not aware of the government schemes that are meant for them. We too saw the plight of widows and as a community, we decided to do something concrete for them. Some of our women, who have become widows at a very early age, had no opportunities of getting out of their families. We had exposure programs for them so they got opportunities to mingle with other people. We began to have ‘Samelan’ (gathering) for them and that day we set apart for them. During the ‘Samelan’ all the ‘Niradhar’ widows are called to Matru Chhaya, they are honored with flowers, culture program are organized for them, special meal is served to them, gifts are given to them and during samelan Government officers give them information about different schemes. We invite the Deputy Collector, Collector (IAS), to honour them with their presence and present gifts.

We have 1200 widows in number, but ‘Niradhar’ are around 200 widows. We invite all the widows, without making any distinction, for the picnics and for different celebrations at Matru Chhaya. On 7th July 2019 we had “Sixth Widows’ Samelan”.

During this year we have helped widows as well as other marginalized families to get benefits of the Government’s schemes under Ayushman Bharat Yojana social security. 1084 families were helped to get the card for them, 330 widows’ pension forms were filed and 236 of them got the widows pension. 45 families in different villages were able to get toilet built for them. Under Kasturba yojana 22 families benefited. 12 women got help through Jannisurkasha Yojana. 11 families got new houses under Pradhan Mantri Awas yojana. 50 people who did not have Aadhar card were helped to get the card. 25 families were helped to get new ration card under National Food Security Act.

Now the work of creating awareness in different villages is going on. We organized camps in different places with the help of public servant as well as like-minded people.

Our mission is to work among the marginalized and disadvantaged section of the society for a free and just world, by creating a platform for people to claim their Rights.