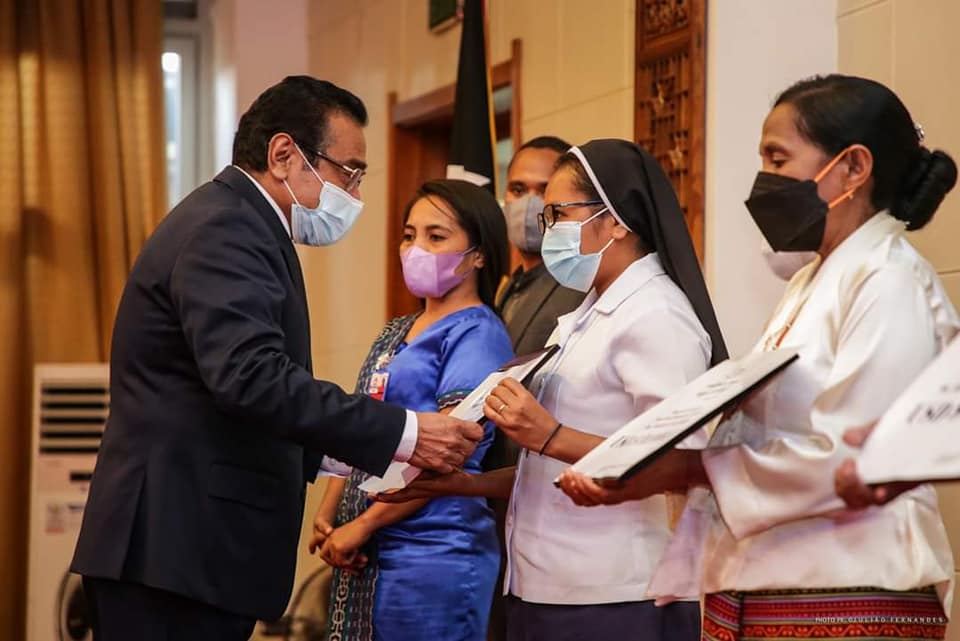 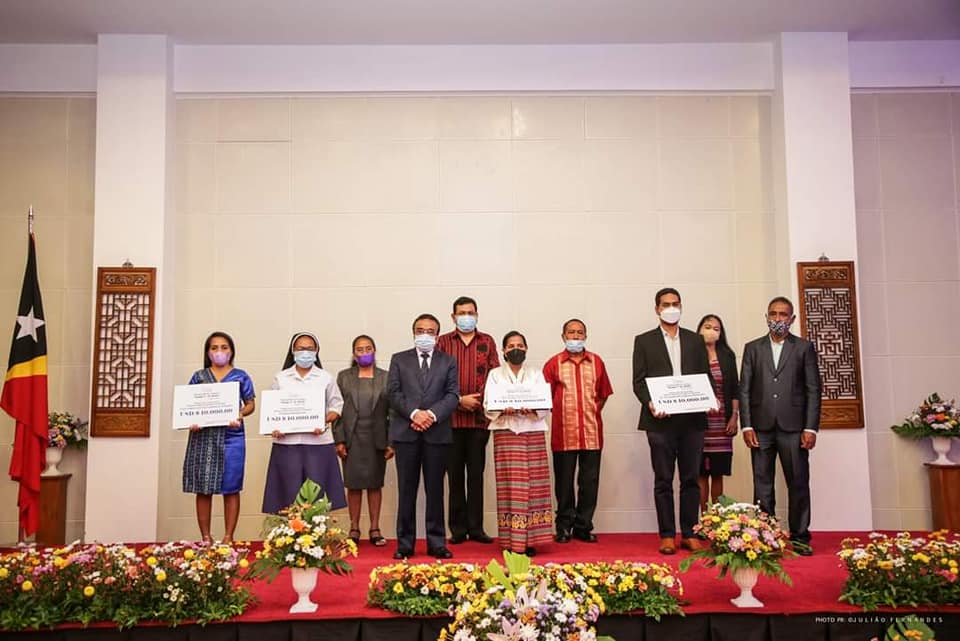 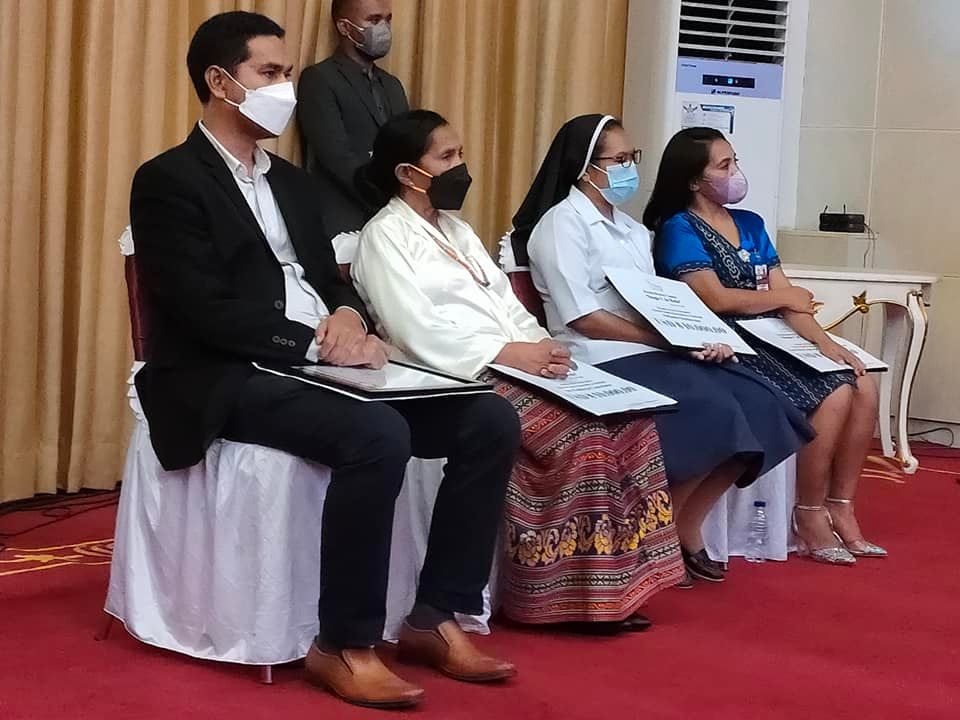 East Timor joins in this important day to give honor, recognition and to salute to those who silently work for the common good.

In the recently concluded Sergio Vieira de Mello Awards, the President of the Democratic Republic of East Timor, Francisco Guterres Lú Olo awarded four winners based on Social, Economic and Cultural categories which promote, defend, and continue to uphold human rights. “There had been awardees in the past years, of which, was one of our communities in Salau, has received similar award during the time of Sr. Angelica Amaral”, said Sr. Belen Evangelista (the local coordinator of Bidau, Dili Community).

According to Sr. Belen, there were more or less 26 other groups in the selection process for this award has been through multiple times on-site visits by the Assigned Team to conduct dialogues, interviews and random visits by the team of Council of Bestowals and Honorific Orders. They would analyze and present to the President of the Republic for approval and decision, to name the four winning candidates out of the 26 other groups in the list for the said awards.

This year, the apostolate with the young has been recognized for its positive change in many young people’s lives. Given that the Dominican Orphanage has been established since 2004, there has been numerous groups of children, parents, mission partners and collaborators of the Dominican Sisters who took part towards its betterment. We were never alone; God has been a Good Provider and constant strength for us all through the presence and involvement of many. The dream for a better world for the future generations has pushed the Dominicans to strive to support and empower young people to carve their own future by working on its attainment, that is through study, daily strivings, and community building. Thus, through this award, the Dominican Sisters would like to affirm to all our collaborators, the ready hand of many neighbors, the response and contributions of friends, organizations and communities who shared in its becoming.

On the day of the Awards, Sr. Belen Evangelista was accompanied by her community members. Sr Flavia Mendonca received the awards and presented a video on the life, joys and challenges of living with and animating the young towards a future of hope, while belonging to a home for many at Dominican Orphanage, Bidau, Dili, Timor Leste.

Thank you for helping us take care of our young people and promoting life and faith.